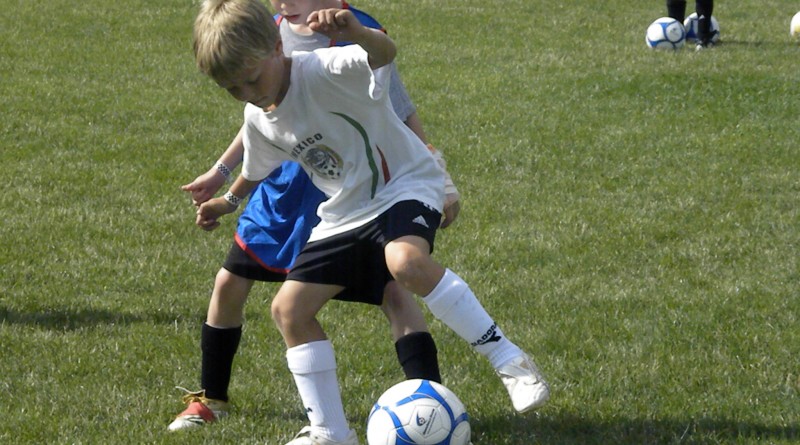 Through the wonders of social media I see a multitude of coaching sessions, it’s a fantastic tool to share thoughts and ideas, so figured it was about time I posted part of one of mine! Developing ball mastery and the ability to beat people in a 1v1 situation is a common topic for coaches to help players get better at so below are some views on this, linked to sound learning principles.

Make the practice real:
Unless I am much mistaken, there are no cones acting as defenders on a football pitch, and real defenders have the ability to move about! They make things a bit more tricky than a static piece of plastic from my experience! Good learning knowledge would lend us to ensure that we make the practice authentic and answer the question – what would happen in a real game? That should be the basis for all our sessions.
The traditional view of assuming that players need to ‘learn something in isolation before adding some more pressure and then putting into a game’ is not necessarily always the answer from a learning perspective. Effective learning research would suggest that the attacker being able to recognise the cues and triggers of HOW the defender is acting leads them to the solution they want to use.
Problem faced = Leads to Solution.
In this case it is: (defender to beat and he is fast/slow/right/left etc) = (attacker chooses particular move to solve problem).
In trying different solutions to solve that problem, learning takes place. The attacker can start to recognise which solution might be the answer to that specific conundrum. For example, an attacker will realise that doing their trick too far away from the defender means the opponent has chance to react and change their defensive tactic again. This comes from experiencing this, against a real person. Doing this against a cone doesn’t allow this learning opportunity to occur.
Now, I am aware some people will believe that players have to have the technique developed first BEFORE they can use it against a real person. Evidence is starting to suggest otherwise. Yes, they will need a basic level of movement skills to be able to perform a 1v1 but allow them to explore different moves themselves. This provides them, through a cleverly constructed game, the chance to understand WHY. Evidence also suggests that the technique they learn in isolation isn’t exactly the one they use in the game – so why spend half hour drilling something that doesn’t exactly replicate?!
Make use of your coaching skills:
As adults we are there to help. This might take a variety of forms at different times but in this situation we are there to help children get better in 1v1’s. As the children are playing the game, getting lots of repetition of dribbling moves against different defenders, this is where observation skills are crucial.
Who can do different things moves and sort things out themselves?
Who might not quite have things worked out….yet?
When do I step in and help or see if they can self-correct?
Below are notes of mine for some 1v1 games I was doing (excuse the rough scribbles though, this was purely for my own pocket at the time!) Whilst the children are rotating round the different pitches, getting lots of repetition and experiences of similar but slightly different things I’m watching intently, not saying much.
If I need to go and help an individual, or ask them a question or two, or bring them over to me to work on something specific, or give them a little piece of advice…that’s coaching!
Make the game relevant:
You will spot from my scribbles that different pitches are laid out for the 1v1 practices in varied parts of the pitch. Consider these:
How does a 1v1 look in a wide area compared to a central area?
How does a 1v1 look high up the pitch around the penalty box compared to in the midfield area?
How does a 1v1 look when you receive the ball with back to goal or if attacking from the front?
How do you start a 1v1 if you receive the ball from the side or from behind?
The answers to the above are “it’s different every time”!
If you are dribbling to beat a full-back in a wide area you (typically) have more space you can use in front, to the side and possibly behind the defender. You might also have in mind a cross as an end product. This affects your decision making and the choices you make.
If you are dribbling at a central back at the top of the 18yd box in a central area there will be a lot less space in all areas, likely to be other players nearby and have a different end product in mind to the wide area dribble. Again, spotting these affects what we do.
So the 1v1 has to be different! Therefore, why do we do a 1v1 game that has no context to where on the pitch this would occur or what the end product might be? I have lost count of the amount of times I did this when I was a younger coach until this dawned on me!
As you read this post, think about your last 1v1 session, how you did it and consider what you might change in light of reading the above. Be great to hear your views on where you would take the session next too!