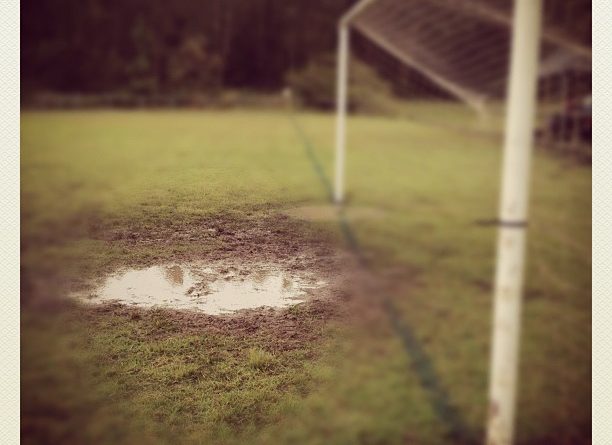 I guess this kind of builds upon my ‘common sense being trumped by common practice’ post (View Here) and specifically relates to the wonderful world of goalkeepers. Now, I fully recognise the ‘goalkeeper union’ will close ranks on some of the points I make here and I think they will see this from two different perspectives.

The people that don’t fall into either category at first reading will probably suggest I know nothing, what you have always done is right and you are the experts. I’m hoping that upon a serious bout of personal reflection that I might be able to move a few of those over into category 2 before they eventually find their own way into the first group. But I’m not saying I’m right, or there isn’t more than one way to do it, so these points are coming from my own philosophical lens, so please bare that in mind as you read this.

Why do goalkeeper coaches take the goalkeepers off to the far reaches of the playing area to do stuff on their own? As one of my colleagues calls it, down to ‘Compost Corner’. I can’t believe that it’s because that is the only place the groundsman lets you train on ALL occasions. I’m sure some do it now because it’s what their forefathers did, and their forefathers’ forefathers. And then it becomes the done thing.

“Keepers, let’s go” shouts the goalkeeper coach (often with his own gloves tucked into his waistband like a ceremonial headdress) followed by the head down drudge 100 yards into a little area on their own.

When they are down there the rest of their team mates, the other coaches and all of those involved have got no idea what is going on, what is being talked about, what is being discussed, how things are being delivered and coached; nothing. In my ten years working in professional football clubs I can very rarely think of any occasions the GK coach came up and told me about what was happening. That could be improved, in both ways.

So please fight your corner and be closer to your mates!

One of the dangers then that arises from being down in said Compost Corner is that it brings about a different skill set. One of the key ones that I believe goalkeepers need to develop is communication. Providing your back four with information during open play and organising everyone at set pieces is crucial. This requires confidence, leadership skills and practice. This doesn’t just happen easily.

By spending a disproportionate amount of time either 1 on 1 with the goalkeeper coach or with a couple of other fellow ‘cats, you miss a massive part of what the game is all about. This is a huge part of their role.

In a previous coaching role I had at a professional club, we used to just get the two GK’s back for the game at the end of coaching and then suddenly, as if by magic, hope that they could communicate with their team mates. The same ones that they have barely spent any time with or build strong relationships and bonds with. The younger the GK is, the harder this is also.

Depending on the individual club philosophy this will have an impact on the role the goalkeeper plays when your team is in-possession. However, evidence suggests that goalkeeper’s use their feet seven times for every time they use their hands. A 7:1 ratio! That’s a very important stat for coaching practices.

Many goalkeeper sessions I see do not reflect this, not even close. I have watched a lot of GK practices over the years and they look the opposite, with a real focus on handling skills and far less on the use of their feet. The modern GK, think Neuer, plays in a different role for his team, being a deep pivot player to recycle play from one side of the pitch to the other. In order to play this role, as the 11th outfield play effectively, they need to be proficient with their feet to a high level. This doesn’t happen from just drop kicking half-volleys into their hands, but more of that later!

So please focus on the actual needs of the game, get them playing on the pitch in practices as an outfield player. Playing on the perimeter of a practice, so the game is all in front of them might mimic their role more than playing in the middle of the pitch. Just a thought.

Going back to the role a GK plays when in possession, they are crucial if your philosophy is building play from the back and starting attacks from deep. Being able to play high quality passes to team mates, for them to receive on the correct side of their body depending on where the opponents and space to attack is; essential. How much work is done on this in coaching practices down in Compost Corner?

In order to be effective at this skill it requires picking up the cues and triggers of the game and this simply can’t be done in isolation by passing to another static GK stood 25 yards away on an angle. There are loads of questions to then consider such as some of the following:

Add to this the ability for a GK to play a longer pass. Note I say pass, not an aimless punt down the pitch to make it a 50:50, but a deliberate and strategic attempt to pick out a team mate. The good teams will make this part of the game plan and this doesn’t make them a long ball team necessarily. Playing the big striker against the smaller full back gives them a greater chance of gaining better quality possession in the opposition territory than just letting the GK whack it!

So please give them loads of time practising this, in game situations, to help them develop the bank of pictures in their heads, learn about the cues and triggers that then provide the answers to the problems in front of them. You don’t get this in isolation and none of that “developing technique” nonsense, that changes every time based on the game so why drill one?!

I’ve seen it hundreds of times. Literally. The GK coach standing 15-18 yards from the lone little wannabe GK and the action starts there.

Picture 1: The coach drop kicks a ball towards the player for the GK to catch at about chest height. Over and over. For 15 minutes.

Over and over. For 15 minutes…

Picture 2: The GK stands on the line facing backwards towards the coach, waiting for the shout of “YES” to turn round and stop the incoming bullet from the coach.

There are many more of these pictures that ‘traditionally’ occur in nearly every session I have seen and I’m sure someone will justify their inclusion. “Because we have always done these”…like our goalkeeping forefathers! So let’s take a quick look at these ‘pictures’ (from my perspective).

Reflections on these approaches

Picture 1: A drop kick from 12 – 18 yards. Firstly, how many shots in a game occur from that distance? Well, from my knowledge, most goals are scored from one-touch finishes within 8-10 yards of the goal. Shots from 15 – 18 yards are actually mostly blocked, due to defenders being in the way!! So why do we kick balls at the GK in training from that distance?!

Further, think about the path the ball takes in this situation. It starts with the GK coach having the ball in his hands. That trigger doesn’t happen in the real game. Then the ball drops vertically over a short distance before being propelled forwards, often at a speed by the coach that the young player wouldn’t face in the game. So, if we think about that level of detail, and it doesn’t happen in a game, why do we do that? Of course, “to sharpen their handling” is often the rationale. But again, correct me if I’m wrong, in a game when they do use their hands it is often several minutes apart and always different to the previous occasion?! Not constant to the same spot.

What also makes me laugh in this one is the GK coach often shouts “yep” for the GK to get ready!! When does that happen in a game?! Striker is through on goal and as he is about to shoot gives the goalkeeper an advanced warning!

What might be better: put the ball at your feet, move the ball slightly to one side and let the GK react off that cue. Vary where the serve goes in terms of height, every single time. Goalkeeper coaches are excellent at drop kicks to the same place over and over. Incredibly good. But the game doesn’t look like that. Ironically, rubbish servers are probably better because they unintentionally add variety every time!

Picture 2: In a game, does the GK ever stand on their line, facing in the opposite direction and have to spin 180 degrees to deal with a shot? Nope, not in my experiences. Do they sometimes have to turn or readjust to something? Yes, but it is always different and links to different cues and triggers that come from the game i.e. a cutback cross and adjusting their feet.

We then get the same serve as above, constantly from the same spot to the same handling area. If they are dealing with a cutback or a shot from that distance there are often bodies in the way. The goalkeeper won’t often get a clean line of sight to the ball, they have to move their head fractionally and adjust their field of vision. That doesn’t happen in this isolated practice so further crucial cues and triggers and missed.

I thought I would watch the highlights, so a few shots may have been missed off, to see how consistent the shots were in terms of build up, angles and distance, where they were taken from and where they went to. The pattern from the highlights is as follows:

So the pattern is…there is no pattern!!! When you add to this the pass before the shot/header which also varies from a first time pass, to a cutback to a dribble, everything is different every single time. The game is not consistent and linear, it is random and erratic and our practices need to reflect the demands of the game.

I had to fight to get our GK coach to do sessions with the whole team, he just didn’t want to do it. He was far more comfortable down in Compost Corner whacking balls at kids. But that misses out so much great stuff and added value in learning that we could gain. Of course, there is a time and a place for that but in my opinion the split currently is disproportionate to what is needed.

We need goalkeepers working with their team mates. We need GK coaches working with the ‘keepers in game situations, during shooting practices and possession practices to make the learning moments authentic, realistic and above all, feel like the real thing. Like being in a real game. They need to deal with shots through bodies and past bodies, where every shot is constantly different from the previous one.

If we are going to identify the best talented goalkeepers coming through the pathway we want to see players the meet the demands of the game and we can all think about the practices we use to help this. As I said at the start, this is just my view, through my lens.

17 thoughts on “Developing your goalkeeper…”