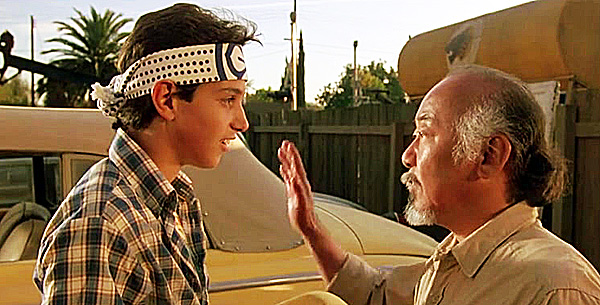 Let’s start with some things for clarity because I know some people take an issue with them! Blogs are about personal opinions, not necessarily fact but what the writer sees or observes from their own position based on the lens of the world they look through. They are based on the experience and experiences they have had that lead to the stance they then choose to write about. They aren’t a piece of academic rigour!

I don’t know the coach in question that has put on these practices and it can be very easy for people to critique and question these kind of things without knowing the story they sit within. So let’s be clear, all my comments here are based on seeing as much as you have! As I said, I don’t know the coach and am not critiquing him as an individual but will raise some observations on the practices we can see from the clip.

The context here is about training of an adult, elite player and they have different needs from practices that might be more appropriate for kids.

So, firstly, we don’t know the story here. We are seeing one scene in a long film. But on face value I think there are some questions that could be considered. Let’s dive in…(pun intended)

What are the returns from these practices?

Well, I can see some small technical benefits in the kicking stuff of the fact there are a few repetitions and varying methods used (side volley, pass, clip). The side volley into the goal looks executed well and something that maybe used in a game. However, the skill element comes from recognising when this is the right option, whether the receiver has time and space and considering their next tactical move upon receiving the ball. So also worth the GK considering the following in their decision making (skill)…

These questions are important in refining the skill and decision making elements but are unavailable from the ‘drill’ as it stands by playing into an empty small goal in this manner.

Let’s have a look then at the flashy parts…

The next part shows the GK diving through V-planted poles, throwing the ball into a goal from the floor and some ladder work.

We have to consider the returns they are getting against what they are hoping to achieve, rather than just suggest this isn’t of benefit to the game (which may be the case).

Diving and catching is the technical return. There is likely to be limited skill acquisition because he knows exactly where the ball is going to be. Throwing from there into the goal may have some shoulder strength development returns (and that may be the focus, who knows) but the execution of that as a game-related movement is going to be limited. Very rarely will a GK land from a save like that and release the ball at that trajectory, with that time delay, in that manner for a counter attack. The feet through the ladder may be linked to some kind of speed desired outcome but I doubt that is the GK’s usual running gait. Typically they may move sideways/forwards in short steps as they adjust to the positioning of an attacker as they recognise the subtle cues of the ball being shifted but unlikely to be done at that speed.

There is then an element of core work whilst on a swiss ball. This has been linked to some reaction work but for me the returns are more on the strength side than the GK skill elements. By providing a trigger to start a movement of an arm to a pole creates an imbalance in the core and an adjustment to be made.

I’m not sure the value in the tennis balls being kicked off a tee in this part – if it links to the additional core returns then ok but that isn’t the trigger the GK will face in a game. It is a different size ball which will probably (I’m not an expert here) produce some different eye or optical tracking functions and that won’t be the trigger in the game that affects their movement.

And then there is what happens at 49 seconds…

So this I am not sure on at all. I don’t understand the value of this, but that doesn’t mean there is no value. Questions for me include:

Some of these will link to my bias of linking practices to the game so see my earlier comments about not knowing the context or rationale; we are filling in the blanks with assumptions. However, as coaches wanting to improve, asking these questions of our own practice is important.

That lead me to the draw up the following picture. It has no academic rigour, just me thinking about things and trying to articulate the kind of questions I should ask myself in coaching practices:

Where would you place the different practices, based on the outcomes you are trying to create?

I would place a lot of this clip in the bottom left – fun but so what? For a professional player, IMO they should be working on refining skill, in context, linked to the role they play. The flashy practices are more like ‘Daniel Larusso’ in the original Karate Kid doing “Wax On, Wax Off” under the auspices of Mr. Miyagi. It just simply wouldn’t translate well to practice because the cues and triggers of the real fight aren’t present! Sorry to burst those 25 year bubbles!

So I guess that would be my summary. We just don’t know enough about the ‘why’ to make a judgement. They could be doing it because the GK had done some intense skill development and refinement for the previous hour and needed to lighten the mood. It could have just been about fun (and sometimes that’s allowed). What we can suggest though is that if this was about developing them to be a better elite GK then there should be some further questions to ask if they are going to shift from the bottom left square to the bottom right hand side.