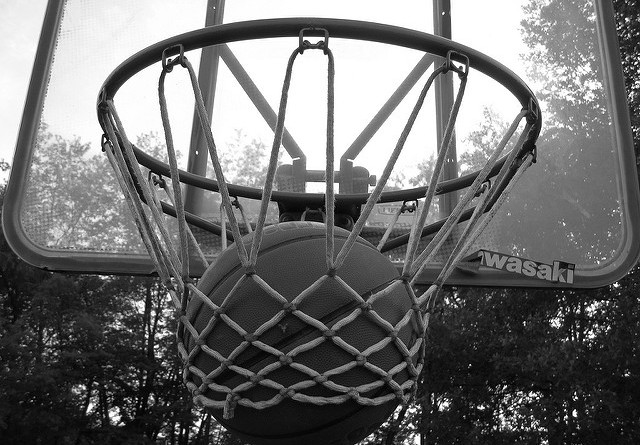 Social media is a wonderful tool for connecting people in a way, and for a generation, that nothing previously in the course of history has achieved. I’ve never met Brian personally but he was one of my early Twitter follows. What I liked was his views on coaching, how it was about the authentic experience, it was about developing the person and that was different from most basketball coaches I had ever met. Most were about “running plays” and the importance of being called “Coach” but Brian was different. He coached people. He coached the game, a proper version of it. So this is Brian’s story of his experience at the Special Olympics, as Head Coach and Co-Director of the programme.

The Dawn of the Fun Police

After the school-issue white vans pulled into the Los Angeles Trade Tech parking lot, the Special Olympics athletes, ranging in age from their teens to their mid-30’s, spilled out of the van, their arrival causing a raucous as it had been two years since their last participation in the Los Angeles Metro Area Special Olympic Basketball Tournament.

The gym was dimly lit, some lights out, some flickering, and the paint had seen better days. The bleachers were old and rickety, braved by only a few spectators, the gym’s near emptiness rendering a cavernous feeling. The teams wore standard issue dark blue, black and white polyester uniforms, holdovers from a bygone era.

Numerous speeches kicked off the tournament, as seemingly anyone who had met a Special Olympics athlete was offered an opportunity to speak, and most obliged. Meanwhile, the coaches yawned, and the athletes anxiously awaited the action, restlessly stirring in their seats, wanting to strut their stuff and show their skills.

In the four-team tournament, UCLA played in the second round of games. Initially a round-robin tournament, the length of the speeches eliminated one round, turning the first two games into the semifinals with the winners squaring off for L.A. Metro supremacy and bragging rights, not to mention the championship ribbons.

UCLA’s line-up was big, though perimeter-oriented. What they lacked in skill, they compensated for with unyielding confidence and false bravado. The program’s best talent was Marcus, a 6’0 guard. He was fast, strong and could jump, but his talent was matched only by his fierce temper. Ray, a 5’9, 210lbs. power forward, worked as a bus boy at a BBQ restaurant and gobbled rebounds like they were ribs at an all-you-can-eat buffet. Alvin, though bigger than Ray, insisted on running the point. Mike, inexplicably nicknamed Lester, was the defensive stopper, and Donald was the mercurial veteran “star” with no conscious who compiled his stratospheric statistics in his head, finishing games and practices with statistics that made Michael Jordan appear like a mere mortal. Branden was the young gun, quiet, lanky and with big feet. He had a hook shot, but everything else was a mystery. Dawn was a pint-size reserve who worked hard to stay upright while absorbing hard passes. Eric, dressed in his Sunday best, was the silent assassin shooting from the corners, and Juice simply did it all, from set up to clean up, inspiring the team with his celebrated chants of “Hell Yeah”.

The UCLA coaches differed from other programs; namely, they were college students, whereas most programs were run by professionals, either Special Olympics’ staff, adaptive physical education teachers, or social workers. Their amateurism was quickly evident, as their bench was filled with more coaches than substitutes, and more UCLA coaches cheered from the opposite sideline with signs celebrating the athletes. Whereas the other coaches were more serious, the UCLA coaches were loud and excited, jumping up and down and living each play as though they were participating.

After their initial win, UCLA faced L.A. Goal, a talented team with a true Special Olympics’ superstar who worked on the UCLA campus.

UCLA stumbled early, literally and figuratively, as L.A. Goal raced to an early double-digit advantage, and Lester ran out of his shoes, twice stopping to pick-up his shoe rather than retreat to prevent a transition layup. Despite the deficit, the coaches inspired the athletes, leading cheers, and imploring them to continue playing hard. The previously quiet gymnasium filled with the roars and chants of the few dedicated coaches jumping up and down on the sidelines.

Finally, fortunes shifted. As another turnover nearly fell in the lap of the UCLA cheering section, Alvin grabbed the ball and heaved it toward the basket, miraculously knocking in a 28-foot shot as he fell out of bounds. Stunned, players and coaches screamed joyously. Then it happened. A steal here; a basket there; another Alvin three-pointer: the bench was incredulous, jumping up and down and enjoying the monumental comeback. A 15-point deficit quickly dwindled to eight and then four.

The previously monotone announcer, who had mangled names and fallen asleep intermittently, awakened with Dick Vitale-like fervor, screaming into the microphone after another improbable basket, “Oh my God. Is John Wooden in the building?”

With under a minute to play, UCLA took a one-point lead. L.A. Goal had one more chance, and UCLA was whistled for a foul with 6 seconds to play. Their star made 2 of 3 free throws to take a one-point lead. As UCLA’s coaches yelled strategy through their disappearing voices, Alvin received the inbound pass and threw it as far as he could. It landed in Ray’s hands. He made a layup, and the players and coaches went delirious. However, the officials ruled the basket came after the buzzer, and UCLA lost.

Momentarily dejected, the UCLA cheering section poured onto the court, congratulating the players. The loss quickly faded as players offered congratulations to the opponent and celebrated the comeback, hugging the coaches and smiling. Only Juice’s constant “Hell Yeah’s,” understood by all despite his serious speech impediment, could capture the feelings of the crowd, players and coaches. With voices long-departed and hearts still racing, everyone filed out of the gym and piled into the vans, exhausted and jubilant.

As well as loving Brian’s outlook on coaching I can now add his style of writing to the things I enjoy! This story took me right there, to sitting in the bleachers and watching it unfold in front of me!

What struck me very clearly from this was the importance of competing, the players trying their hardest and being happy with themselves regardless of the result. It’s very easy for the adults to start to think that the result of the game is a reflection of themselves when in fact it really isn’t. Did the players have fun? Absolutely! Did they love playing with their mates? Absolutely! Are they going to want to play again and come back next week? Absolutely. That for me is job done.

Thank you Brian for sharing this story  🙂

For more information on Brian please follow @brianmccormick and visit http://www.amazon.com/Brian-McCormick/e/B00PKIKVW4/ for some of his books.

2 thoughts on “Guest blog by Brian McCormick: the beauty of the Special Olympics…”