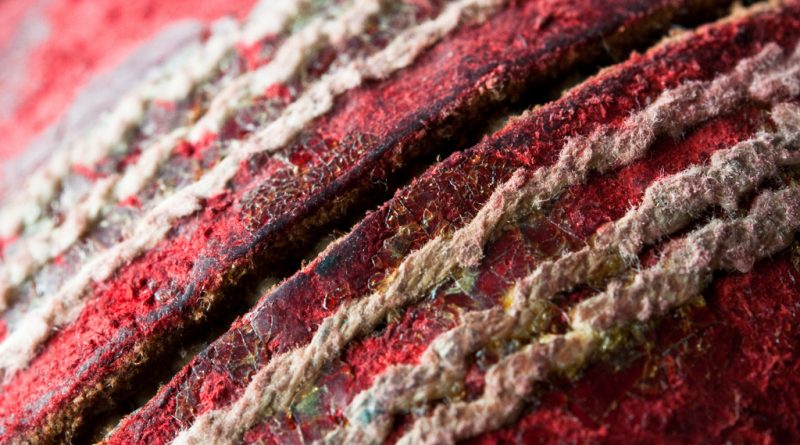 For too long in the world of football many thought we knew it all; ‘we know football, what can we learn from other sports’ was a common attitude. Thankfully, many of that regime have moved on now and we have fantastic relationships across many different areas of sport, business and different industries. One of the many people I have engaged with is David Court from the English and Wales Cricket Board, another contact made and met in real life through social media! David is someone that is great to bounce ideas off, share thoughts and concepts with and generally discuss the talent world.

This story highlights the importance of flexibility and adaptability in coaching. An essential skill that we don’t get taught, we learn through experiential learning more than anything, but vital. Enjoy!

Throwing away the plan

“Something that makes you smile” that was the brief… Ummm well for anyone who knows me and my moderately grumpy nature, they would understand that this might be a struggle. So, I decided to use it as a challenge, to see what and when something might actually make me smile. Luckily, I didn’t have to wait long.

Before I divulge I want to give you a little context. My role at the England and Wales Cricket Board (ECB) is to work with, support and challenge the talent pathway coaches and the programmes they lead. In this role I am fortunate to work with many very good coaches.

To be honest I didn’t think the elusive ‘smile’ would happen on a rainy Tuesday night in Chelmsford (possibly cricket’s equivalent of Monday night at Stoke). The session was an indoor one with the counties ‘Emerging Players Programme’ group, U13-U15 boys. The evening did start with a grin when the initial plan Barry (Essex’s Coach) and I had discussed, got tossed out the window when he first chatted with the lads. He asked the players about their day, how their week had been and what else was happening in their life away from cricket.

A great man, with an even greater name once said ‘no plans ever survive first contact with the enemy’ (Helmuth von Moltke the Elder, 1871). In this battle, the enemy was the players due to the fact they were tired and flat. It wasn’t the fact that the plan got discarded which I enjoyed, but that Barry put the needs of the players first. The structured, technical development session wasn’t going to be what the players needed at that time and for me this is the essence of athlete-centred coaching.

I for one can be guilty of complicating things, looking at academic research, using buzz words and in the malaise, lose sight of what is in front of me… the players.

Barry didn’t lose sight and proceeded to dive into the cupboard and pull out a couple of tennis balls and some electrical tape. Initially, I was a little concerned as the lads started wrapping the tennis balls in tape. What followed was a self-designed, self-organised game of ‘tape-ball cricket’ (think jumpers for goal posts) where two teams agreed the rules of engagement and then battled it out for the next 90 mins.

Tape ball cricket is a street version of the game, originating in Pakistan. The tape on the tennis ball makes it a more realistic weight and allows for some movement in the air akin to the real game. Barry felt this was the right session to run as its both highly challenging and lots of fun. The only additional condition Barry added was that there needed to be ‘max zones’ where batsmen could double their runs. The game was fast, dynamic and competitive with emotion clearly invested by both teams!

After the game, both teams reviewed it and the respective captains fed back their teams learning. This was one of the things that got me close to that elusive smile. The players spoke openly and honestly about their performance, they were positive about each other’s strengths and clear about the areas to develop. This hasn’t just happened overnight, it’s been a conscious effort by the coaches to develop the player’s ability to review themselves and each other. The coaches of the younger age group help players to recognise strengths in themselves and others and also identify areas to work on. The environment created by the coaches allow the players to be honest because there is no risk of the players being shot down if the answers are not what the coaches wanted to hear.

Watching the lads leave the hall was the point at which I really broke into that smile. Each one bounced out having had their passion for the sport enhanced.

We often think about ‘deliberate practice’ or ‘proper practice’ which based on its definition isn’t fun and will probably involve scaled down versions of ‘what the pros do’. It’s important to remember these are young people and not mini professionals and we should consider our role in growing their love for the game. It might be the single biggest role we have.

Why did this session make me smile so much?

It incorporated so much of what I think good coaching is. The plan changed for the benefit of the players and not the coach (athlete-centred). It was filled with emotion. It was realistic. It involved a whole heap of decision making. It helped to develop independence in players. The players grew in confidence. They learnt something and most importantly the session helped to grow their passion for the game.

It involved a whole heap of decision making

Now this is a lot to draw from one session, and I don’t want people to think this is the only way to coach. There is no silver bullet for coaching. But what Barry did do was focus on the players and their learning needs, and all he did to achieve this was bringing out the tennis balls and tape then give the players freedom then sit back and watch, closely. Thanks Barry for making a grumpy man slightly less so!

Key points from this session –

For anyone who wants to know more about ‘Tape Ball Cricket’ use this link – https://en.wikipedia.org/wiki/Tape_ball

The importance of meeting the needs of the group in front of you is vital. I recall running some interviews for FA Skills Coaches, back in 2007. We interviewed a guy that ten minutes into his practical delivery made a big change. He came over and said that the session wasn’t working, he was ripping the session plan up as the kids were being a nightmare and at this stage they would have been better just playing a game. He got a job.

Recognise what’s in front of you and try to meet their needs depending on the kind of day they might have had, not on your needs.

One thought on “Guest blog by David Court: throwing away the plan…”