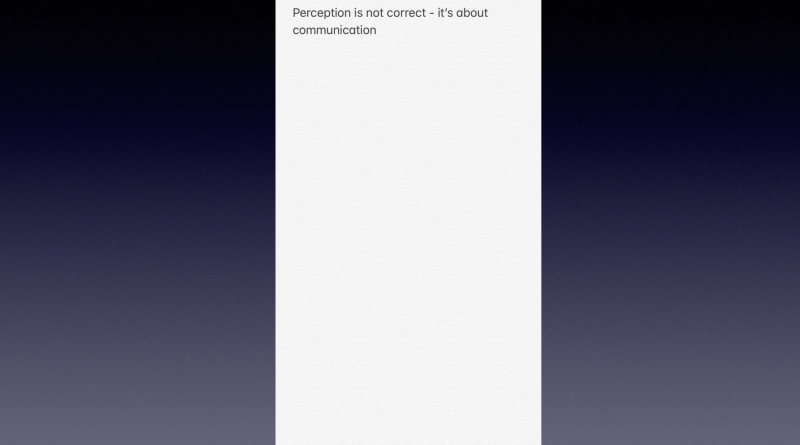 The thing is, coach education and development is different now to 15 years ago and has changed hugely in recent years. And it is evolving for a number of reasons and they are based on what we know about the learning process and how this may look different. No longer is learning simply accepted as being a process about downloading from the coaches head into the players head and believing that is learning. Or, in my instance, from a coach developers head into coaches’ heads.

Learning can be seen as something that is ‘done’ by the actual individual. A coach facilitates an environment that allows a player taking part within these to make sense of things in their own head. Similarly, a coach developer may create their classroom or pitch in a way that allows people to make sense of things for themselves, in their own way, using a myriad of learning strategies they may have for themselves.

Richard Bailey talks about the difference between an empty bucket and a searchlight. No longer should we believe people are empty vessels and we have to fill them with our ‘wealth of knowledge’; they arrive with a certain view of the world, of experiences that have shaped their thinking and a huge amount of understanding already. We should be seeing them as a searchlight, shining light on different things and creating space for them to put this in amongst the things they bring with them and make sense of in their own heads.

Modern learning for coaches and players

So here are some things as a coach you should be expecting from your learning experiences and some things you may want to then consider when you translate this down to your players or athletes.

If you can put these kind of things into practice then you will be on the right lines. So what does that look like? Here are a few examples linked to the points above:

Point 2. Consider them as individuals and what may be best for them. Millennials may want to engage with content in different ways, for example. But not all older coaches are anti-technology – some may want to discuss clips or film and reflect on content (as well as some players may not)! Coaches like to discuss what certain things may mean in their context and share their thoughts with others in order to help make sense, generally though.

Point 4: Not everyone has to follow your method of storing information as this may not work for them. People will want to engage with content in different ways but your stance must be about considering them as a learner first. Allow them the chance to experiment with what works for them.

Point 6: The days of being sat in rows and being talked at are long gone (I thought) and people need to be involved. Get small groups together to discuss solutions to problems that have been posed. Share questions, proper open ones, that allow people to think!!

Point 8: One of the best things about coach development is the sharing of ideas and hearing other people’s stories. Foster this to happen as part of the experience, through the learning tasks and highlight mechanisms that could allow this to continue afterwards, such as Whatsapp groups or use of Coach Logic or Hive as a community platform.

So, with the above points in mind (which may or not be right but is pretty well evidence-based and accepted) I attended a coach development seminar run by a football coach. I’m not going to name him simply because I don’t want to promote his work (I’ll call him R). I had only met him once before when he came into The FA to say all coach education was useless! An auspicious start. Other than that, I went pretty open minded and went as I am always keen to learn more.

Prompt 9.00am start and I was sat in my seat in silence from 9.00am until 11.20am without saying a single word. Nothing. R’s approach was to talk incessantly at the coaches in the room for well over two hours. We were told this was “his dressing room” and he would talk to us like he would his players and the standards he would have of them. Felt like I had gone back in time and appeared in Kes…

The only engagement was to answer a full-audience closed-question here and there with one leading answer of “well, yes or no”. It wasn’t meaningful engagement by any stretch. Linking to the high quality coach development and learning points I made earlier above I would argue from my perspective that not a single one of the nine were on show.

The content in the session was about the need for a consistent football language to be used within the industry and how sports scientists (and others) used their own language and not that of a football-first approach. From my experiences in the game over the last 20 years I would agree he had a point… ten years ago!

I definitely do not agree with that point at all now and maybe I have been fortunate and just worked with good physical performance staff and psychologists, but the ones I worked with in an Academy for six years and with national teams use football-language first and foremost. They would not have successful interactions with coaches or players if they spoke in their language the whole time. You don’t tend to find many specialists in these areas operate in grassroots so it’s not like it would be an issue there. I would therefore consider his view out of touch, or maybe just different to my own experiences going to clubs in the professional game across this country… (and having spoken to three people since on the matter, I wasn’t alone in my view).

The section about football-language lasted the full 150 minutes and he could have made the point in 10 minutes (whether valid or not in my opinion). R justified his model and approach based upon “this is how pilots and navy seals train” but I couldn’t see the contextual link as they are very different environments with different risks. We don’t actually need a universal football language like he suggests, each club just needs a shared understanding and mental model of performance for players and staff. Not global, which he was arguing.

At 11.00am came the first flashpoint – woe forbid, somebody got up to go to the toilet!! It was at this point R used a well-rehearsed monologue to castigate the guy for going to release his bladder! It was framed with an example to football – it’s the 85th minute and a player has a decision between fatigue or transition. We apparently had a choice between his presentation or the toilet! And the fact that the guy didn’t communicate with R that he was doing this was also a major issue. I certainly wasn’t aware this was a primary school learning environment.

The content then shifted towards football and R started to talk about the importance of a hierarchy. However, I can’t share this because I left the building shortly so have no idea what he said or didn’t!

At 11.18am R started to talk about how everything started with communication. He stated that “some people consider it to be about perception but that is bull shit” and began to explain his thoughts on why. It was at that point I reached for my phone to make a note on this as it sounded like it was going to be interesting – that’s my photo below.

However, this was the start of the end for me! When I was asked “What do think you are doing?” and when I explained it, I was then vilified in front of the group for thinking about my own learning. Apparently, I was then going to be the start of a snowball of people using their phones and “What if he (pointing at the man next to me) text his pregnant wife?” Random, very different example. You see, this was R’s “dressing room” and I was causing the standards to drop. And if I did it then everyone would (assuming they can’t make decision on their own then!).

My learning strategy to keep things fresh for me is to use Notes on my iPhone. A phone is not just a phone these days; it is very much a multi-functioning device that has gone beyond calls, texts and Snake. It’s my method to ensure I capture information and follow up on important things. I am the one doing the learning here, after all, aren’t I?! Such as this one from the end of January when listening to a podcast… It is my process.

I was then exposed to his questioning process; a series of non-questions really where there is only one answer, which was his. At the point of the awkwardness setting in I just agreed with R to move on, for the sake of people in the room, but he continue to finger-point and now he was “modelling the behaviour he would use for his players” and everyone may want to watch it. And I happened to roll my eyes at my public-telling off and as not accepting I had done anything wrong was too much for R, I was told to get my things and leave!!

Well, if this actually was R’s dressing room and we were the players, I think they would have all left a long time ago as after two and a half hours of being talked at, I think everyone in the world would have lost the will to live! But, that was just a test as well, to see if we could cope under fatigue and didn’t show our double standards!!

The irony for me is that R modelled precisely all the wrong behaviours we want from educators in this country. A goading approach to learning and development is not appropriate and something that should not be tolerated. Equally, it isn’t good for people’s learning either.

If you are looking for a good coach developer within football, that truly deliver high quality learning experiences, then try and see people like Ben Bartlett, Jack Walton or John Allpress.

Coaching is a process that should be fun, it should engage people in the process of thinking and help facilitate a way to share information that they can make sense of in their world, to improve and get better. Regardless of whether these are players or coaches doing the learning.

Modern, forward-thinking and high quality coach development should align (IMO) with the 9 points I made above. These link closely with the work UK Coaching have done on Transforming Learning. Thankfully, today served as a good reminder of what needs to be avoided in future if we are going to create better coaches in the future.

4 thoughts on “Learning and Development??”