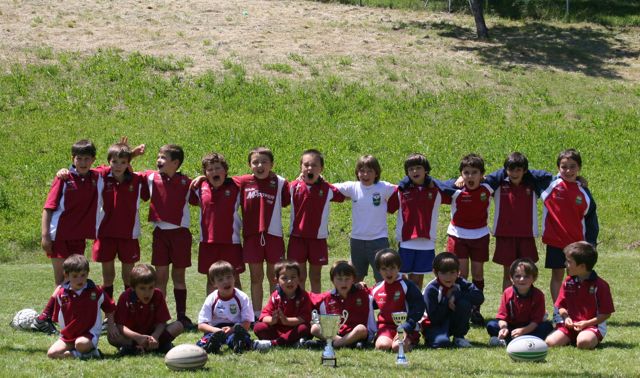 You meet some people and you just know ‘there is something about them that I quite like’ and Russell was one of those guys. An imposing character, as you would often expect for someone that has played a lot of rugby, yet a warmness about his personality that beams through how much he cares. He possesses a mindset that isn’t worried about challenging the status quo and will stand up for what he thinks is right. With someone responsible for developing international rugby players in England, he is everything you would hope that person is.

This short story just illustrates the importance of youth sport for him and something I couldn’t agree more with. This is a story of something that made him smile.

A lifetime of friends

Bizarrely, I was inspired to write this blog by an alcoholic collapsing in the street two yards in front of me and my children. In the time we waited for the ambulance, I reflected on the ease with which someone can slip down the cracks of human existence in the blink of an eye.

We have experience of this within our own family and we all understand the support and challenge needed to prevent those cracks widening to holes that might simply be too deep to escape from.

’So what! What’s that got to do with rugby?’

Well the reality of our world is that we are working with kids in the formative years of their lives, some fortunate enough to be at fantastic learning institutions with stable loving families and a safety net should a crack appear. More than you may imagine are simply not lucky enough for this to be their reality.

‘So what!! Was it the moment you won (insert perceived important game)?’

Well no, not at all. My greatest moment(s) all share one thing in common. I like to think of them as that ‘Long Lost Family’ moment when a mother and daughter are reunited or when a brother meets the sister he never knew existed and the world finally makes sense and the crack is healed. I’ll usually cry (tears of joy) and then think ‘Wow… how did I forget that sport could be that powerful!’ It’s moments where young people start to see what they might be capable of, lay claim to self-belief or find a friend for life… the beauty of sport is it gives us these (often life changing) learning moments all the time.

I’ve been fortunate enough to coach young players who have gone on to represent their country, some have even played for the Lions. Most haven’t. In the ‘most’ are a smaller group of young men and women fighting to avoid the cracks and looking for meaning in their lives. When rugby and the rugby family bring the answers they need to life, that’s the most powerful shit for me.

I see it every Sunday morning. It seems so simple for the coaches who understand the profound responsibility they have to the children in their care. Some coaches make that leap in the blink of an eye when Jack scores his first ever try or tackles a child with a beard and twice his body weight into touch. In that moment, as Jack is embraced by kids who will likely be his mates for the rest of his life, the impact of our game is impossible to miss.

The beauty of youth sport is it has the ability to impact on lives. It increases friendship circles and brings us into contact with people you may not have ever met and fosters a lifelong friendship. It does this in a way that many other areas of human life cannot.

In 2004 – 2007 I played for a club in the Ryman South League alongside a centre-half called Ellis. He was an electrician by trade and a top footballer. In 2011 I was fixing some lights in my lounge and managed to short-circuit my house so I called Ellis! I hadn’t seen him for four years, may have bumped into him a couple of times in the pub but that was about it. Without any hesitation he said he would pop over the next morning and he did, fixed the lights and wouldn’t take a penny for it.

That’s one of the beauties of grassroots sport. You get stuff done on your house for free! Only kidding, it’s about making friends for life.

For more information about Russell and his world in local and international rugby, please follow his Twitter Here

3 thoughts on “Guest blog by Russell Earnshaw: a lifetime of friends…”