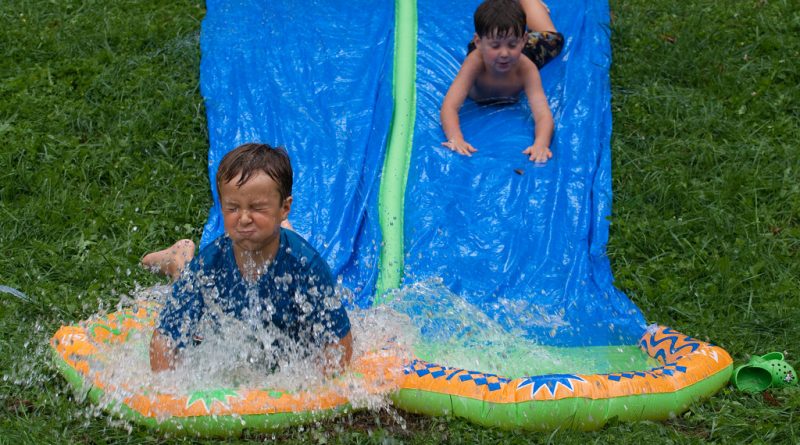 The search for talent continues to be a topic of much discussion and the last two weeks have been as busy as ever in the wonderful world of future-gazing. Several professional sports teams have made social media fame for embarking on a quest of identifying young talent, fresh after growing over 1 metre tall, in the hope that this translates to long-term success. The teams that have taken this approach have sparked interesting views and discussions on a variety of different social platforms with the overwhelming views from academics and the well-informed being critical. What is clear is that we also don’t have things right yet either and this will be discussed too.

Race to the Bottom

Having worked in this world I have seen this first-hand, from a variety of different professional clubs, and this certainly wasn’t exclusive to just one or two of them. The competitive industry that is professional sports, with the trappings, fame and fortune at the top, have eventually driven this hysteria and whilst it continues, it brings a few challenges to consider. Academies that have a role of identifying, nurturing and developing young people into the professional athletes of the future find themselves in a quandary. You see, if they don’t do it, their neighbouring professional club and competitive rival, will do. What used to be selecting players for excellence programmes many years ago at 14-year olds has been driven down and down. I used to hear this phrase a lot – “if we don’t sign him then x will”… after the kid had been in on trial two weeks.

I hear the justification of “well, they are looking for 9-year olds, so why don’t we look for 8-year olds”. The point is, that argument doesn’t appear to easily stack up. It’s like the ‘2 minute abs’ for the time-pressed people. But, “if they are doing 2 minute abs, why don’t we do the 1-minute abs workout”… Soon we are looking for 6-year olds, then 5-years olds and then the child that walks earlier than another…

What happens here though is an example of common sense being trumped by common practice. The rationale of ‘they are doing it therefore we should’ actually makes limited sense. Very little at all, in my opinion. The way to build a rationale for doing anything is to look at evidence, use personal experiences of people and experts that have gone through this many many times and build the picture – using common sense. Ultimately, this piece of blog writing are my personal views and isn’t telling anyone how or where to allocate their resources, that’s entirely their decision!! And if it sparks some further meaningful discussion about talent identification then great, thats the aim, not to say what any sporting body specifically does is right or wrong.

So in this example – is there overwhelming evidence that identifying players at 4 and 5 years old leads to adult success? There is a short answer to this from what I have read – No. I am interested to know if there is some because it would prove very helpful in the debate and at least give some context and rationale. I called and emailed one Academy Manager on this matter after his club was one of those attempting to identify talent in 4-year olds – no reply.

One top Premier League club Head of Recruitment made a comment to me about U8’s in London also, suggesting that many talented players at that age are being “carted round a variety of clubs and even then though is no guarantee the perceived top ones will sign for them at U9”. It’s a minefield.

I’m yet to find any evidence that suggests that anyone has the ability to select a player that has just started Reception at school and can successfully predict markers and milestones from their first 1,500 days on the planet and use this evidence to project where they will end up over 7,000 days later. In fact, all the evidence tends to suggest the opposite. A recent article from a talk by Professor Gullich https://www.redsports.sg/2016/12/03/youth-athlete-development-conference/ suggests that even early success has zero predictive ability of long term attainment.

The child that shows some technical and physical prowess at the age of 5 bares no resemblance to that child at 20 years old and there are many factors that affect this journey and many questions to be asked. I would like to work out how many of these that show ‘early promise’ then disappear?

I spoke to one Premier League club that reckon they see 10,000 boys per year in the 5-11 age group through their Community Trust programme. They have 8 elite development centres plus a variety of other ones in the region at pre-Academy age. They will sign roughly 18 players at U9 but probably have 10 – 20 trialists that come into that group and go again each season. That is a lot of players they have seen.

How many are signed at U9 and are still there at U16? or U18? or become professional players?

Why do they have some ability? Have they been going to some ‘soccer tots’ type-class since they were 18 months old because, surprise, they will show more technical ability than a child who is having their first experience! One current Premier League player played their first game at the age of 9 years old.

But what happens when you factor in ability to learn, motivation and volition? Do these now trump that early promise if the child doesn’t show these as well? What weighting would you put on these? How long does it take to learn a skill and do you need to be doing this from 4-years old?

This is fraught with all sorts of pitfalls and hurdles and, in a nutshell, until these children start to enter and leave the period of maturation that we all go through we have only a really vague idea what is going to come out the other side. Some will start this early and then become attractive to the eye – no shock, they have a physical advantage and therefore can cover more ground in a game and pass the ball over a greater range. Is this ‘talent’ and therefore a predictor of long-term success? No. It means that in the biological lottery they have won early. Lucky them.

However, just because ‘their parents are a good size’ doesn’t mean that is an accurate predictor of their long-term height either. For starters, some paternal research suggests that the ‘real father’ actually isn’t the one you may see standing on the side of the pitch 9% of the time! Add to this the divorce rate in this country and there is an even higher chance you might be making an opinion from poor information. Further to this, height predictor graphs with algorithms of data still have a 4 to 6 inch standard deviation in many cases! 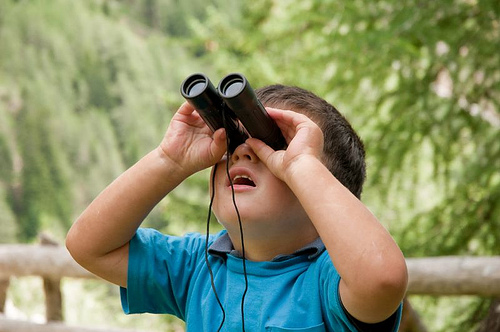 However, how big do you need to be to play professional sport? Well, this of course varies from game to game. The average height of an NBA draft player in 2015 was 6’7 so pretty big as you would expect. But, if you want to be a Centre in the NBA you are looking at needing to be 6’10 but if you want to be a Point Guard you can be 6’0. Steph Curry, who is tearing up the league with records every year, is 6’3 and was told he was ‘too small’ by many colleges and teams. Expensive mistake.

However, how does this relate to football? Well, again it varies upon a number of factors from the position you play in to the team you play for. If you want to be a goalkeeper in the Premier League, on average these are 6’3. But what about the goalkeeper that is 6’5 and has a vertical jump of 12 inches versus the 6’1 goalkeeper that can jump 26 inches? Now who do you want?

However, what if you want to play as a centre half? Now you need to be 6’1 on average but if you are Javier Mascherano and play in a team that has a lot of the ball you can be 5’9. If you are Tony Pullis then every single player may need to be 6’0 minimum.

However, looking at Number 4’s, these all vary as well. The average in the Premier League is 5’10 but what about the best at the moment and how they vary? N’Golo Kante has more tackles than anyone else. In fact, the difference between Kante in first place and the third placed player is the same as the difference between third and 62nd! He has more interceptions than anyone else. And at 5’6 how many clubs would have said he was too small? Or his parents weren’t big enough? 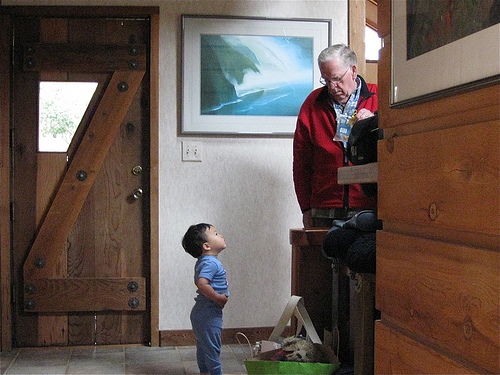 These observations can be made right through playing positions and the differences between centre forwards (from the classic ‘Number 9’ to Sergio Aguero) and how on average the players that play in wide areas or as a Number 8 or 10 are typically less than 5’11. There are so many anomalies that to rule someone out based on this factor is fairly dangerous.

The myriad of psycho-social factors to then add to the mix whereby some may actually carry a greater weighting than others makes this very complex and to guess how this is going to play out from U5 is impossible. For some people, some factors maybe more important. Then add in the environmental context and the ‘real life’ experiences along the way that these U5 haven’t yet had and this muddies the waters in that crystal ball further.

One person I spoke to about this made a very simple observation about some of the recent social media discussions on professional sport – “clubs are looking at 4-year olds but couldn’t see Lookman”. If you don’t know about his story then it is worth a read but, in short, Ademola Lookman was playing in local grassroots football in his U16 year and signed late that season for Charlton Athletic after playing for an Inner London representative team. After his senior debut in November 2015 he signs for Everton for £10m. Rough diamond? Great scouting!

Ultimately it is a resource decision.

It would be interesting to see how many clubs are combining these two things together, along with all the evidence about early selection (overuse, burnout etc) and early specialisation, and looking at this differently.

How many are waiting longer to see what happens when the myriad of factors about a young persons journey come together and start to form into something that you can see clearly?

How many are focusing on developing links with local grassroots clubs to up-skill the coaching knowledge of the people they may select players from and keeping the base as broad as possible for as long as possible?

However, we don’t get this right at international level and this is something we are really starting to look at. Why do 30% of the players we select for UEFA U17 tournaments end up playing in the non-league or stop playing? Why do only 6% of these end up becoming established senior England internationals? Or are they actually good numbers compared to others? We don’t know the answers to these questions, yet.

We need to look at our mistakes closely, not just repeat them, continuing to get seduced by the factors that we thought were potential but actually were not. And what about the successful ones. What did they have that others didn’t? How much do we know about their journey? It’s ‘Black Box Thinking’.

Deciding the right questions to ask is the starting point to all this but from my experiences there can be very little accountability and very little reflection done on the mistakes we make. That is not sensible talent identification from us.

And gambling on 4-year olds may well be just that, who knows.

8 thoughts on “The search for talent continues”