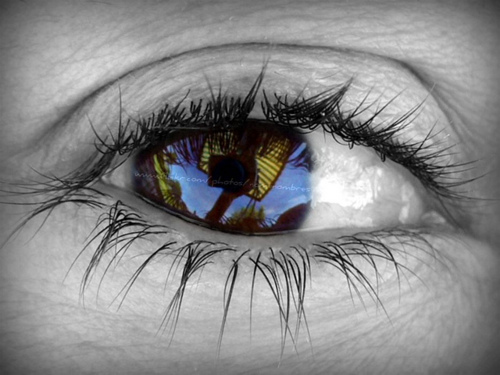 At a coaching conference this year I had a good discussion with a couple of coaches. I was sat in front of them watching a practice going on and listening to them commentating of the game and their opinion of what every player should have done differently at a variety of moments in the game. It made me think. How do they know?

The final comment that prompted me to ask them a question or two occurred after one lad got down the left wing to the by-line and into the box and stabbed a ball across the front, which got cut out, with his right foot. The guys behind proceeded to say how he should have played the ball with his left foot, should have done this, should have done that…

My question to them was – “how do you know what he saw?”

As coaches, we are very quick to make judgements from our viewpoint, through our eyes and from our position. But we have ZERO idea what they saw. We have even less idea about what they were trying to do, until we start a conversation with the player.

It was an interesting discussion. How apparently he was all one-footed. How he should have used his left foot to pull it back. But through my lens I saw things a little different. I’d like to know:

Because, whilst it could have been what they said was wrong, it also could have been the lad thinking he wanted to play it quickly off his front foot, in his stride, as he didn’t have the time to wait for his left foot. He might have made the right decision and just got the technique wrong. Who knows.

Or we could have talked it and it could have been the same answer the coaches’ suggested. But that is my point, until we speak to the player, talk through the ‘moment’ from their set of eyes (not ours) we are guessing. Guessing!

So next time you consider shouting at a player on the other side of the pitch for doing something different to what you thought they should have done, think about pausing and see if you can find out what they saw. Explore the world through their eyes.

2 thoughts on “Seeing the game through their eyes…”