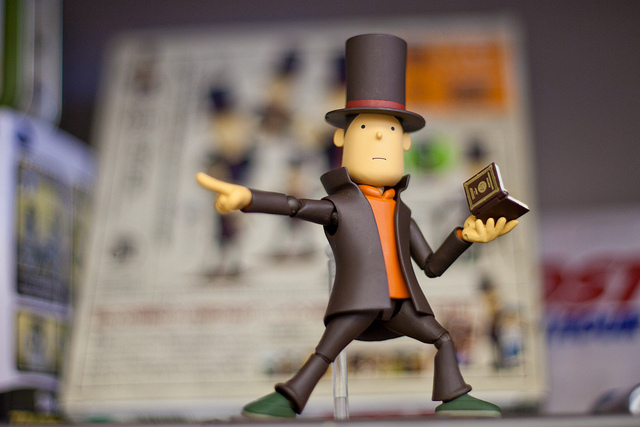 So I had a short moment of ranting earlier on Twitter, as I often tend to do, about trying to engage with academic research and access to their work. As someone that wants to drive the game, and coaching, forwards it is vital we can engage with people that do some of the science behind the stuff that the practitioners turn into an art.

However, this is where some of the challenges start.

I was looking for some research on a particular topic and came across an article Google Scholar that appeared to discuss the subject in an interesting way. The abstract was clear and concise and the findings from their work looked like they gave an interesting view of the topic. Not being a subscriber to the journal and no longer officially a student with access to resources I decided to track down the author. I dropped them an email, explained the role I had in sport and what I wanted the research for. Polite, I thought!

And…nothing. Not even a reply. This wasn’t the first time either.

Listening to many academics speak they want their work to make a difference. However, unless there is a willingness to not only get their work out into the main stream, or engage with people actually interested then this divide continues to exist.

I’m not sure why it needs to be this way but the levels of academic ‘jargon’ that are used in journals and research papers is beyond me. It is often the way that academics seemingly make up their own words for clearly obvious phrases. For example, someone won’t use the words ‘pilot study’ to describe something they are doing, it’s “small batch artisanal data” to quote @AcademicsSay. And as soon as this language is put together in complete journal articles it has a real negative impact.

Often, the people on the ground who make the decisions in player performance programmes, have been around a long time. Lots of them are forward-thinking people that are great at interacting and taking onboard science and principles of it. Some are real traditionalists that have never engaged with any literature because they aren’t academic themselves and therefore become scared of the work. And I don’t blame them either! To influence these people, writing in overly-wordy made-up sentences does not cut it and therefore the amazing research you have done does not influence or change a single thing.

I understand why there is a degree of writing in this way. It gets people published in journals. It makes people in the academic institution happy. It boosts reputation and grants. It fuels ego. I get all that. But I’m not bothered by that (because I don’t work in that world). I’m interested in using accessible and readable, high quality research to make things better.

Solution: Write as if you had to present it to your mum.

One of the things I have started to observe is there are lots of people now involved in different areas that are really clever. Like, super-clever. However, the danger is that these people are so super-clever about their one specific tiny part of the complete picture they now cannot see what else is going on. The only way I can describe it is they have drilled so far down into one specific topic area they are now that far underground they haven’t got a clue what is going on above the ground. They have travelled the roots of that one tree like an endless rabbit warren that not only can they now not see the tree, they cannot see the forest.

In my experiences the people that often do this are the sport scientists, don’t know why, but often is! They know an incredible amount about one tiny myopic detail, focusing so much on one piece of data that is produced, that they then miss the other stuff around the athlete. And because they have become an expert in this area their own personal bias kicks in and they can’t see the bigger picture.

I read one article about small-sided games and how the use of these and the particular scoring system used to rank players in their methodology could drive talent identification. I’m sorry, what? Absolute nonsense! Physical performance outcomes that never considered; individual or group psychology, dynamic and complex relationships, opportunity, technical and tactical game understanding, personal and real life etc. And their findings could be used to drive talent identification?! OK, whatever.

Research design is often a tricky thing and many variables are attempted to be minimised. However, many of these tests then are never representative of the real game that occurs. I read some golf putting research that has been conducted in labs that are used to focus on one tiny aspect of that part of the game. By doing it this way you then miss the reality of the fact you will have walked ‘x’ amount of miles carrying your clubs, hit some good and bad shots along the way to influence psychology/motivation/confidence, deal with the real world elements of the weather and that particular green you happen to be playing on, influence of playing partners and the shot they hit just before yours, state of the game etc. Sorry, it’s simply not authentic. It’s not the real thing.

It is a little bit like the journey coaching is going on for me now. For way too long coaches, and many still do, put on sessions and practices doing things that would never happen in a game. They use practices that are not representative of the game people are about to go and play.

Goalkeeper coaches whack endless balls at kids using a drop volley serve 15 yards from goal. Why? How many times does that specific movement of the ball, distance, shape, speed, angle of a shot happen in a game from that one spot? Other coaches will have kids learn about dribbling by moving in and out of static objects on the floor that don’t provide the cues or triggers that players need to recognise in order to learn but also teach them a movement that is never used. How many players do you see go on a dribble that go left, right, left, right, left, right? Very rarely from my experiences of watching football!

Solution: Make everything applicable to the real world.

This blog might appear like I am having a go at academics. I am. Some of them! There are guys that I engage with to do research that are brilliant, ones that get on the grass and make their stuff happen where it can truly be a game changer. These are the ones that are making a difference. Sir Ken Robinson says that some academics use their body as a means of getting their head from one meeting to the next! Avoid these ones. Hunt out the good ones as there are loads out there and together, yes, together, we can then all make a decision and bring science and art together.

8 thoughts on “A short note on academic research…”