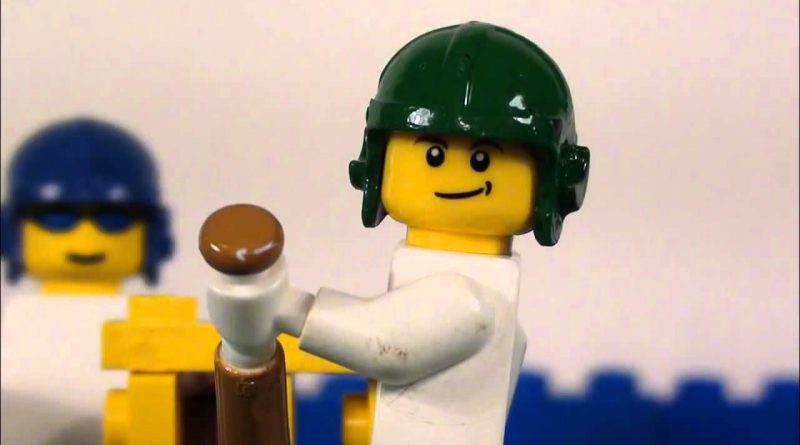 As part of this series of guest blogs I wanted to engage people beyond just coaches, because even specialist knowledge is still coaching; it’s about helping players. And I think sports psychology gets an unfair wrap. The perception of it being about laying on a sofa and fixing your problems is very wrong. The average ones just spend time in classrooms talking about goal setting. The good ones get out on the grass and put it into practice. The great ones, like Rebecca, also make it appropriate to the person in front of them depending on age and stage of development.

What you can take from this fantastic insight is the difference you can make to players when engaging creatively to foster psychological principles to help performance. These ideas will come to you randomly, whether getting a cup of tea in Starbucks at Warwick Services or faffing about with the height of the shower head! You just never know when!

I have been fortunate in my career to date to have experienced many highlights and equally as many challenges which have spanned across Paralympic Games, World and European Championships and international cricket tours. Yet amongst all those experiences within elite sport, there is a time in my early career I look upon with great fondness; a season spent with an under 10s cricket team.

I think there is an irony within sport where it can be deemed that the more experienced you become the higher up the ranks you work. Whilst I believe that it’s not ideal to chuck an inexperienced psychologist into the potential lions den that is elite/professional sport, I also believe that it requires a certain type of skill, and passion, to be able to work within youth development. An appreciation of developmental stages, hormonal changes and an eye for creativity are all required.

I have always loved cricket and though doing my Level One coaching badge an opportunity presented itself to provide performance psychology support to a local under 10’s club side. Some people question working on the mental side with kids that young but I strongly believe that it is a good age to start teaching them resilient ways of thinking and methods for managing the maze that is emotions. Kids are far more adaptable than adults because they haven’t fully developed yet and haven’t become totally fixed in their beliefs. They are therefore far more responsive to change than adults. Teaching them mental skills, I believe, can set them up not just for their sport but for their life as a whole.

My challenge was to be able to teach the kids about the concepts of emotional control, resilience and confidence in a way they could relate to and I worked really closely with the coaches to achieve this. I was fortunate that the coaches were very open to input and keen to develop more than just the technical/physical skills of these kids.

The premise of the work was to deliver as much of it as possible on the pitch. Occasionally we did some ‘classroom’ based sessions although these were limited to 15 minutes maximum and were always followed immediately by a practical so there was a direct link.

We stuck to three key analogies which we based the work around:

Beyond every snake there is a ladder

One of the biggest things these kids struggled with was a perceived sense of ‘failure’ – getting out quickly when batting, not bowling well or dropping catches in the field. I used the concept of snakes and ladders to teach the kids the basics of balanced reflection – snakes represented the things that hadn’t been so good and they wanted to improve whilst the ladders represented the things they had done well and could help them progress, so this might include things they had learnt.

This became a running theme through training sessions and matches. Sometimes they were encouraged to write their ‘snakes’ and ‘ladders’ on a white board during post match reflections and at other times we built this into their warm ups. We did this by physically having ladder stations and snake stations. The ladders stations were actually the ladders on the floor and each time one of the kids came through it practicing their agility they had to identify things that had gone well either that week, in a previous training session or in the previous match they played. On occasion if a kid said they couldn’t think of anything then I’d encourage their team mates to come up with something which helped promote awareness of others and also provided a confidence boost in the form of peer feedback.

…provided a confidence boost in the form of peer feedback

With regards to the snake, the shape was made using cones and again the kids had to identify things that hadn’t been so good and equally what they thought they could do to improve it when running around the cones. What always impressed me was the quality of responses they came up with. I think sometimes we can underestimate the insight that kids can provide.

When it’s dark enough you can see the stars

Still on the theme of managing emotions and developing resilience, we had one classroom based session where I took along some black card and a whole load of stars cut out of yellow card (I had time for that kind of thing in those days!!). Each kid had to think about what their strengths were or a time they had achieved something they were proud of and they had to write one thing per star and then stick the stars on the black card Blue Peter style! Then each time one of them struggled or was crying, out would come their stars to remind them of all the good things they had in their locker.

‘look for your stars’

As the season progressed, more stars would be added and the phrase ‘look for your stars’ was used a lot in an attempt to actively encourage this way of thinking. Similar to the snakes we would make star shapes from cones and each time they ended up in a star they had to recall one of their strengths. We also actively encouraged the kids to identify before a game what strength(s) they would be taking into the match and this all provided a good way of getting the kids focused on helpful ways of thinking. The last thing you want is the kids to be stepping over the boundary rope thinking about the things they can’t do, shouldn’t do or are afraid to try.

It is important to ensure they are focused on all the things they can do or could do. In line with this I had lots of discussion with the coaches around their use of language and ensuring they were giving kids information based on what they wanted to see not what they didn’t want.

Superheroes are not just for Christmas

Finally we worked with the analogy of ‘Christopher Confident’ – he was essentially a hypothetical superhero who had all these powers to be confident – the kids had to establish what those powers were and how he could use them and then consider how this might relate to themselves in a bid to create their own superhero. Essentially it’s a child friendly way of looking at identity and the idea of having a persona – but please be clear here, developing a persona isn’t about being someone else; it’s about understanding what aspects of yourself you are tapping into and when.

We would therefore talk about Christopher Confident and how he would approach and respond to certain situations, how he would think and talk to himself and how his body language would be. We did some fun games in training where they had to act out different levels of confidence and consider how it made them feel.

What I observed over the course of the season was a group of kids who developed greater levels of self awareness, methods for managing their emotions (or as one of the kids mum’s put it ‘the pegs for which they can hang up their emotions’) and enhanced levels of confidence. Of course within the group the kids grasped these concepts at different rates and were starting from different emotional points but each and everyone of them developed in their own way as did the coaches and without doubt myself too. Working with kids is a privilege and this particular group taught me so much – largely never to underestimate them!

One of the things I am proudest of is that these kids learnt that psychology or mental skills, whatever you wish to call it, is just another part of their training just as their technical, tactical and physical skills are. Who knows where each of those kids are nearly ten years on but I firmly believe the sessions we did will have influenced the way they now choose to look at the world – and if nothing else, helped them to recognise they have control over the way they think and feel. That in itself puts a big smile on my face.

What I love about this story is how it brings to life, in a way that the U10’s can really grasp, essential elements that can help them with their cricket. Even if you are coach without the depth of expert knowledge that Rebecca brings to this, you can still start to implement things. As coaches, we can develop simple little practices that foster key psychological traits, even if we don’t have the specific expertise.

For example, having two small-sided games running parallel and then moving a player from one pitch to another, changing the numbers, makes the players concentrate. It was 3v3 and now it is 3v4. Can you recognise this? What happens now? Where are the advantages for us or advantages for the opposition? Whilst also improving game understanding about playing out-numbered, or having more players than the opposition, and the different technical returns from more players etc. there are the requirements to focus. This is practiced covertly without them knowing at the time!