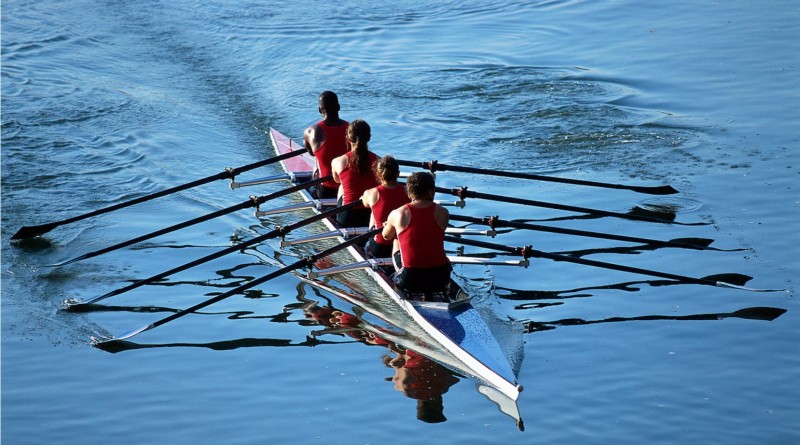 One of the things I am encountering around the country, and really starting to understand, is the importance of collaboration. Yet it also seems to be one of those things that could be done better in many instances. This post will talk about one such common issue I am coming across and how we could then consider improving this – and I think is relevant to all sports, not just the context I will refer to.

As part of my role now I am going into lots of professional clubs, and similar conversations with different sports, to discuss and listen to what is taking place within talent identification. I am fortunate to be able to sit and listen to groups of scouts tell me about some of their stories, hear about the world they live in and many of the challenges they face. Similarly, this is also from a coaching context, where they talk about some of the issues they face linked to talent ID.

One of these issues is around player recruitment. Typically, the scouts will talk about how they have found ‘x’ player and brought him into the club. They will have watched the young lad playing in grassroots, let’s call him Jack, on several occasions and have decided through their experience that he is good enough to come into the club for a six week trial. They know the level of the group and the type of player that is needed, based upon feedback from the club, recruitment strategy and their philosophy.

We then see things from the coaches perspective. Way too common is the issue that the coach that takes Jack for the next six weeks isn’t told anything about him – he just arrives at training, excited and nervous in equal amounts, and thrown in to the mix. The coach may not know the reason he is here in the first place; what got him through the door? What was the X-Factor that the scout had seen? What position does Jack play? How did he get here? How long has he played football? When is his birthday? Where does he travel from? So many questions. (I appreciate the coach can find this out as part of relationship building but a little info would help!)

This divide that exists between scouts and coaches can cause friction, mainly through the lack of collaboration and the lack of communication. Jack might be in for six weeks and sometimes the feedback from the coaches might be “well, he isn’t in the top three so we won’t sign him”. I hear this statement a lot. But what does it really mean?

The top three ‘what’ exactly?

The top three ‘what’ exactly? Performers? Potential? Today or long-term? And this is often where the friction occurs. The scout that has identified Jack recognise that he could well be middle of the group today but they know his story, his background, his playing experience and have monitored his progress. They recognise that, with the expert coaching that is provided, he could fly!

The coach can have a different view based upon their own values and beliefs and this dis-alignment occurs. Collaboration is crucial.

Having scouts and coaches sat in the room, discussing players against the club philosophy, is essential. I was at a club recently that had ‘brave in possession’ within their football philosophy. Love it. But what does it really mean? And what does this look like at 7 years old or 17 years old? How do you know it when you see it? What does it look like at senior level?

Equally ‘being brave in possession’ means they are willing to take risks and make mistakes. But making mistakes doesn’t get you into the system and sometimes can get you booted out of it. However, that is where the learning happens!!!

Ensuring collaboration and communication is simple, straight forward and essential at whatever level. It could be scouts and coaches in a professional sport (such as this example) or it could be coaches and parents in grassroots sport (equally vital).

All of human endeavour is about good people and relationships so try and plan for these meaningful interactions where possible and the boat may row forward in the same direction.

4 thoughts on “The beauty of collaboration…”