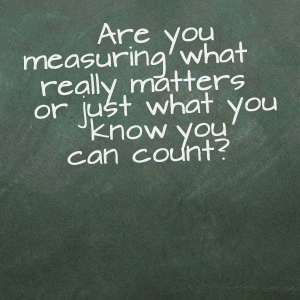 So I was having a trip round a Professional Sporting Academy, being given the behind-the-scenes tour by the Academy Manager. We walked through the indoor area into the next room to “where the sports scientists live” I was told. And that’s what they do, in nearly every sport, sit behind their laptops where they can produce lots of data from all the testing they do.

Now, I thoroughly understand right now there are going to be staff within that part of the sporting community that aren’t going to be happy with that generalisation, this post and see this as a personal attack on their profession. This isn’t about that so please don’t take offence this early into the article!

We continued on the wander round, chatting about the great work they do and the value they bring to player development. Interestingly, the view from the Academy Manager was also that there is a danger that some sport scientists are becoming a hinderance. I was told of one SS that tried to stop a 16-year old going out to practice later in the afternoon “based on data”! I think that’s the opposite of the mindset we should be creating, we should be fostering players wanting to go out and get better, to continue learning and developing. The Academy Manager very clearly told the SS that regardless of the data being churned out and his flashy degree from a university that this was the real world and absolutely what he wanted at his club!

As we moved on to have a look at the noticeboards there were stacks of numbers on the board from the last U18 and U21 game. GPS data, HR lines and graphs of a variety of forms for every player. One such graph showed the average running speed for all the players compared with each other. And this is where I start to have an issue.

For starters, why compare one player with another? In football, where is the value in looking at running data of a full-back and comparing that with that of your centre forward? The goalkeeper made it onto the list as well! Who were the opposition and what type of game was it? Did they have much possession and what tactics were they playing? This data in isolation is meaningless so why show it to everyone?

It is fairly well accepted by those in the know that the defining factor between the good and the great is what is between the ears. Everyone in coaching and recruitment has their own stories of players that have been in the system with amazing technical prowess, tactical nous and built like a machine but the one common factor that has stopped these players progressing was a psychological gap. And I hear this all the time in lots of sports.

And this is where my issue about the resource allocation starts to come into question.

There are loads of sport scientists in professional sports clubs across the country now, literally thousands of them, all churning out data about our players as machines. However, it becomes very easy that we start to value what we can measure and NOT actually measure what we value.

I am interested in learning. The development, continued progression of players and the trajectory and path they are on (regardless of age, including the First XI). I would like to know how those players had been improving and developing over periods of time and whether they were on the up, plateau or down. And this is easily done in the world of sports science.

But I’d like to know about mindset. About their levels of mental toughness. About their grit and resilience. I want to know about the players that have coping skills, the ability to implement these when they need them and adapt to ever changing circumstances in elite sport. Most of all, I want to know who the learners are. Some of these are easier to measure than others, might not be an exact science and I get that, and this is not straight forward by any stretch.

I was in a Primary School in Hull when a Headteacher started showing me her noticeboards with laminated vases and poems and ‘all the learning’ that had taken place in Year 5. That’s not learning, that’s the outcome or ‘performance’. The learning is in the five vases that were started but not finished properly because they didn’t draw the edge right or the rough copies of poems where that had to scribble out and change words that didn’t quite work properly.

Great work by Ainee McNamara and colleagues (see http://clok.uclan.ac.uk/4826/) highlight some essentials, the determining factors that can differentiate the good from the great but when you then compare this to resource allocation and investment in professional sporting systems this just doesn’t add up.

One professional sports club I know has 15 full-time sport scientists across all age groups and one psychologist that tried to cover everything from U9 to First XI, and this won’t be uncommon. The allocation of budgets and resources seems wrong to me. Some of this will come from the ‘traditionalists’ perception of a psychologist (“lie on my couch and I’ll fix you”) when in fact the good ones get out on the pitch/court/grass with the player’s and act as a performance coach, building on strengths for development, not just putting plasters over problems.

Fifteen years ago there was a revolution and investment in sports science and all these jobs starting popping up all over sport. It’s critical that all the different experts work together and avoid silos, which is easily done too, for the betterment of player development. That’s difficult to get right but many are starting to in lots of sports.

Psychology could well be the next piece of the jigsaw to go through this drive forwards but, until that point, we could be continuing to measure a whole host of stuff that is useful to know but not the determining factor…

5 thoughts on “The next frontier: measuring the stuff that really matters…”